Susan Abar was diagnosed with breast cancer on Friday, June 13, 2003 – exactly two weeks from the day she was laid off from work. On that Friday afternoon, Susan really didn’t believe that life could get much worse, but life did get much worse. Following a bilateral mastectomy doctors performed additional tests and discovered a mass on her pancreas. Stunned, Susan prepared herself for the worst. Her mother had died from the disease in seven weeks time five years before. Her grandfather had died of the disease forty years earlier. Susan pressed on preparing herself for the worst – hoping and praying for the best.

Medical professionals were caring and sympathetic, but they too could only prepare her for the inevitable outcome saying, “You need to be prepared to go home and surround yourself with friends and family … There is nothing more we can do.”

Facing what all knew was certain death, Susan learned as those who know her story learned – God’s plans are not our plans and through Him, all things are possible, even miracles.

Determined to get a third opinion, Susan was able to get an appointment at Houston’s MD Anderson Cancer Center. When doctors at MD Anderson returned to her with a report that revealed there was no mass, Susan knew that God’s gift of a miracle had changed the direction of her life forever.

Today, Susan shares her story with audiences everywhere, telling the story of God’s miracle healing. Journey with Susan in the footsteps of an ordinary woman as she shares her extraordinary story of God’s faithfulness and love and the lessons she learned through two pennies, a rainbow and a woman named Mercy. 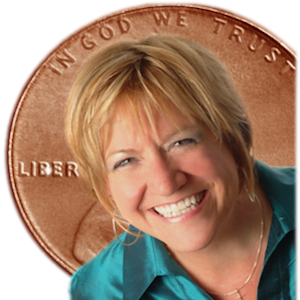 A year after Susan published her book, she married Ron Berger and moved to Branson, Missouri. Encouraged by others who loved Susan’s book and penny jewelry, Susan and Ron opened The Copper Coin to honor God, celebrate America and bless those God placed in their path.

Come by and visit The Copper Coin, the little store with the big heart. Meet Susan and her amazing staff. Hear the story of the miracle that launched Branson’s #1 gift store. Be amazed by Susan’s creativity and stunning collection of penny jewelry and inspirational gifts.